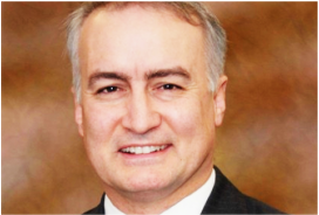 For over twenty years now—since the early 1990s to be precise—I have been familiar with the country of Turkey, and burdened for the spread of Christ’s kingdom among the Turkish people. A number of reasons come to mind.

Consider Turkey’s place in history. We are talking of a land through which the apostle Paul travelled repeatedly on his missionary journeys. The country boasts the sites of each of the seven churches of Revelation 2–3, and hosted in post-biblical times the first seven Ecumenical Councils of the Christian Church.

Consider also Turkey’s position in the world. With 3 percent of the nation on the continent of Europe and 97 percent constituting the most easterly tip of Asia, Turkey forms the bridge between two of the world’s great continents. Add to this geographical detail the fact that at the time of writing Turkey is the buffer between the Islamic State and the continent of Europe, and it is not too difficult to figure out the strategic significance of Turkey in today’s world.

Furthermore, consider Turkey’s opportunity to hear of Christ. Twenty years ago there were an estimated 2,000 evangelical Christians in Turkey, and now there are over 7,000. So few out of a general population of 75 million—73+ million Muslims and 163,000+ professing Christians of varying shades or stripes! The upside of such a statistic is that there is little danger of Turkish Christians “build[ing] on someone else’s foundation” (Rom. 15:20).

In light of these considerations, I am delighted to commend the work of Brother Kerem Koc, Pastor of Antalya Protestant Church. I can do so having preached to his congregation in summer 2012 and having enjoyed with my wife hospitality in his home with his dear family. Pastor Kerem is an indigenous pastor, converted from Islam, faithful to the Word of God, apt to teach, and enthusiastic about the Reformed faith. He is discerning, visionary, courageous, and energetic in pursuit of his calling. He loves his country and his countrymen, and has been called and qualified of God for such a time as this.

I pray that the Word Pastor Kerem preaches, and the dear brothers and sisters in Christ he nurtures, will spread out from Antalya more and more, as did the Word brought by Paul to nearby Perga on his first missionary journey two millennia ago (Acts 13:13). In all the ministry opportunities before God’s people in Antalya, may Christ be seen to be preeminent as the divine Savior and sustainer of those who call on his name!